Welcome to The Children's Center at Milton Academy

Need a little help finding us? A few helpful details below:

From Boston or Logan Airport by automobile: Take I-93 south (Fitzgerald "Southeast" Expressway) to Exit 10, Squantum Street, Milton. Turn right at yellow blinker. Go 2/10 mile to traffic light , then bear left onto Centre Street. Milton Academy is just after the second traffic light. By automobile from the South Shore: Follow Route 3 north to I-93 south (Route 128 north toward Route 95) to Exit 5B. Travel north on Randolph Avenue (Route 28 north) to the fifth traffic light. (Do not turn left at the fourth traffic light where Route 28 diverges). At fifth traffic light, turn right onto Centre Street. The Children's Center will be on your left, past the Milton Cemetary. Take a left at the Gazebo. 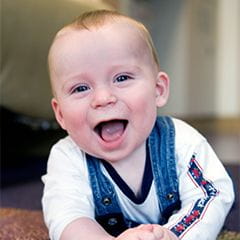 An exceptional place for your baby to thrive and grow 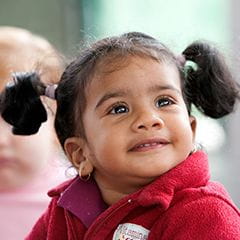 An engaging world where toddlers learn and explore 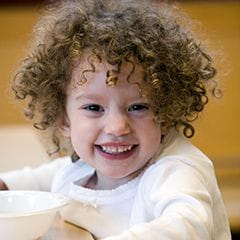 Where curious children become inspired and ready for school 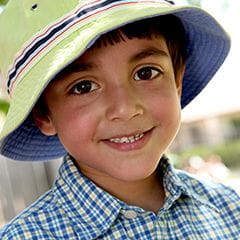 Preparing children for success in kindergarten and beyond 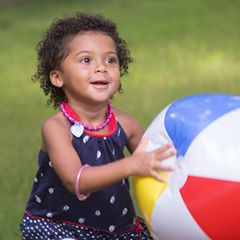 A welcoming place for age-appropriate fun, friendships, and exploration

I love teaching because: I love watching children learn and grow

I love teaching because: Working with children has been a great learning experience

I love teaching because: I look forward to learning from the children every day.

Learn More About Our Teachers

The World at Their Fingertips

Our own World at Their Fingertips® curriculum is based on the research of the most renowned education experts. Designed by our education team, it’s created to support these important early years, to inspire children to be bold explorers today and joyful, confident learners for life. 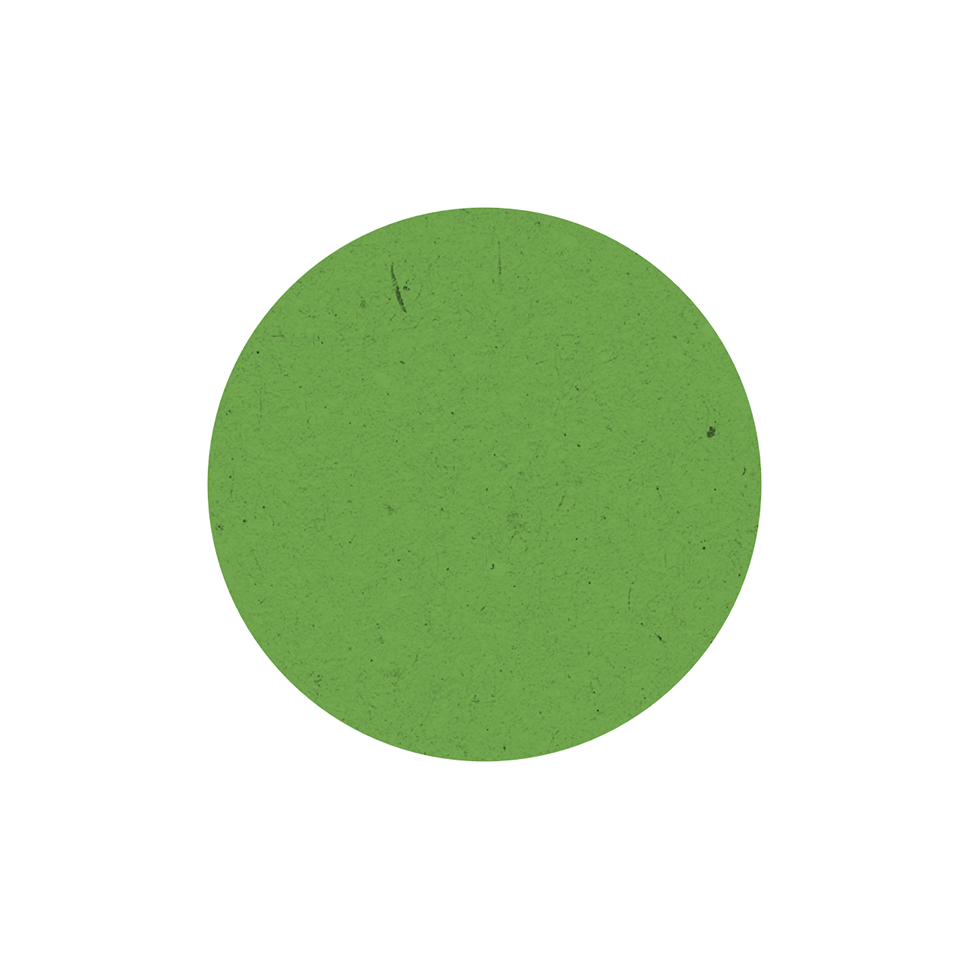 Learn About Our Curriculum

Literacy, language, and love of books cultivated through listening, speaking, reading, and writing.

Spurring a sense of wonder through observations and experiments in which we ask questions and form, record, and describe conclusions.

Fostering an interest and appreciation of art, music, theater and dance, while encouraging individual talents and artistic expression.

Experiences and activities designed to help children learn to respect our world, its diverse people, and the environment we live in.

Literacy, language, and love of books cultivated through listening, speaking, reading, and writing.

Spurring a sense of wonder through observations and experiments in which we ask questions and form, record, and describe conclusions.

Fostering an interest and appreciation of art, music, theater and dance, while encouraging individual talents and artistic expression.

Experiences and activities designed to help children learn to respect our world, its diverse people, and the environment we live in.

Bringing Our Curriculum to Life 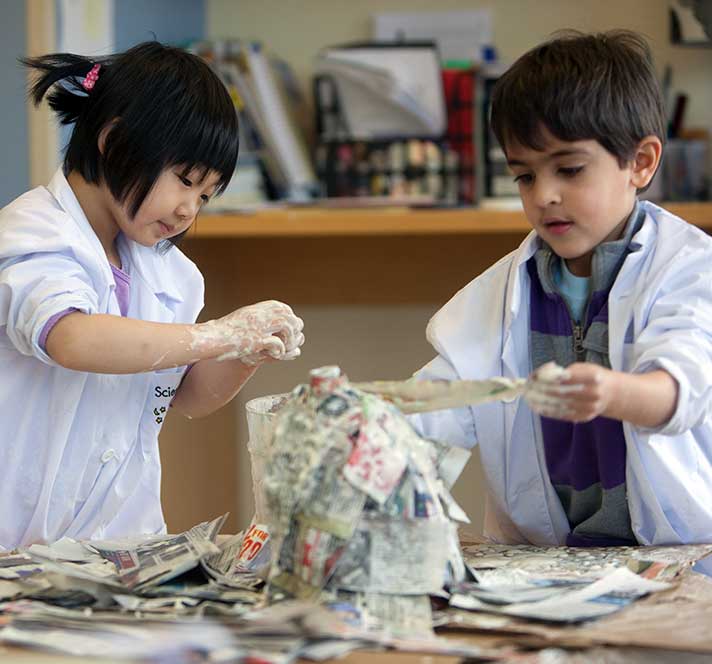 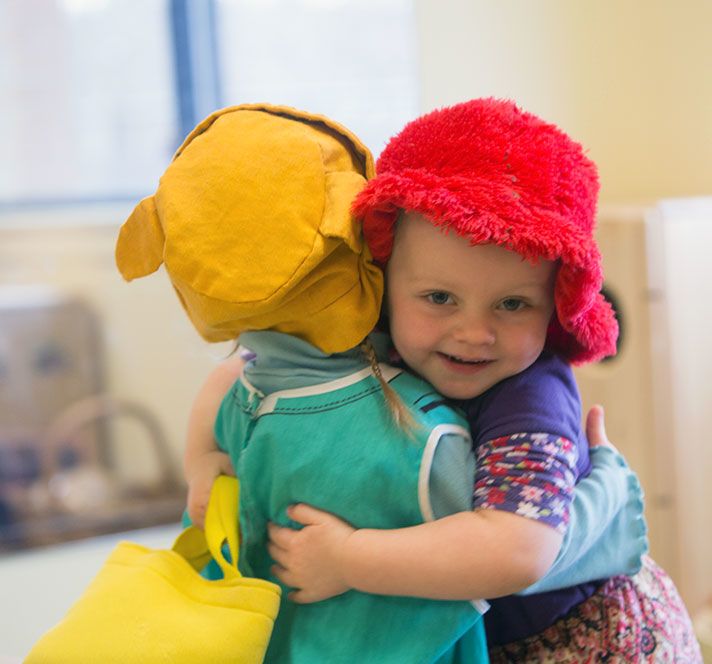 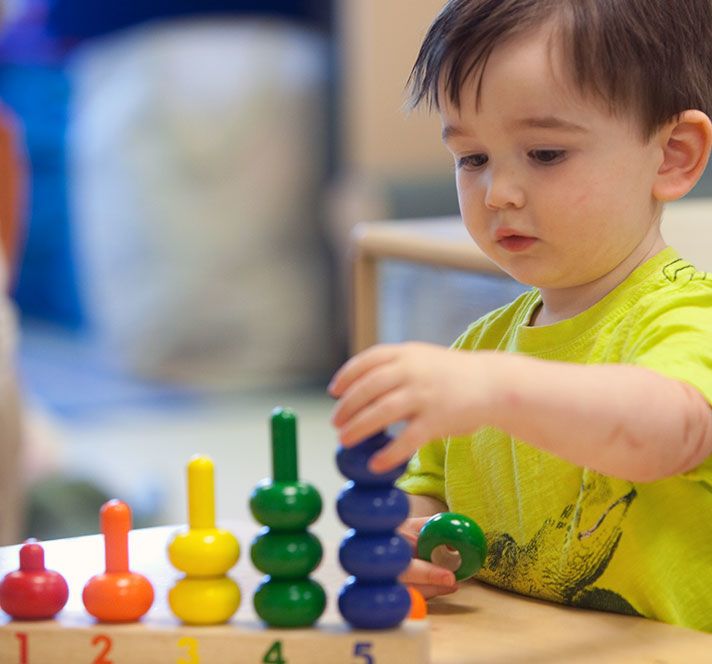 Math Counts: We find creative ways to teach mathematical concepts and to help children learn all the important basics. 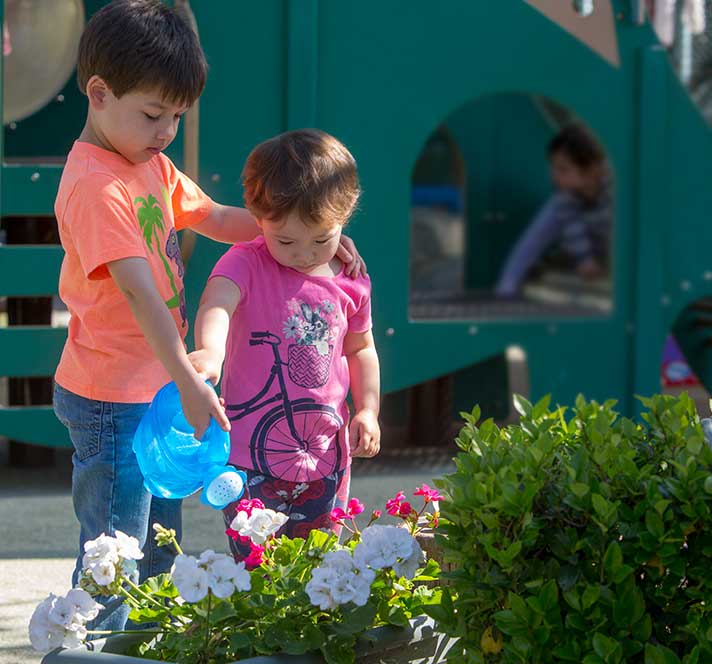 Toward a Better World: Caring for living things, exploring our environment, and learning about differences help children discover the world around them. 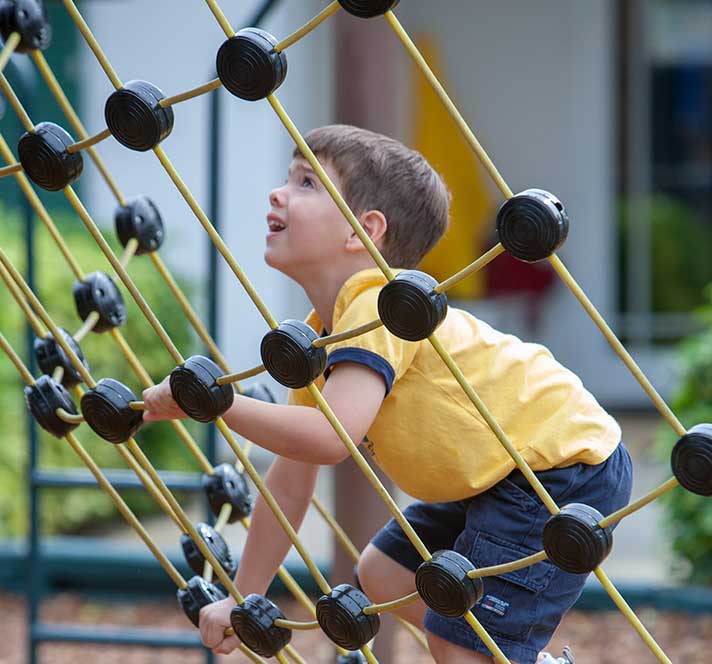 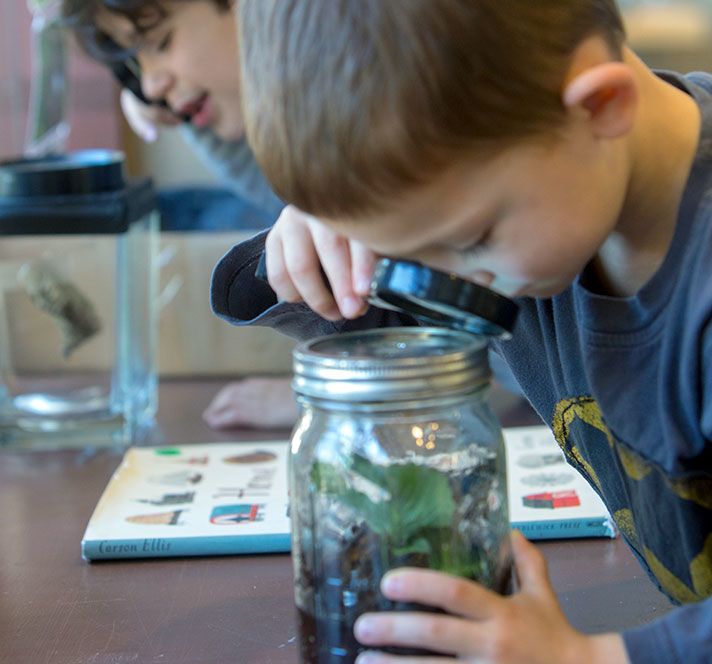 Learn About Our Curriculum

“My appreciation for the teachers at Bright Horizons goes beyond the words that I can express. They extend themselves daily to our children's learning. Both of my sons were more than prepared to move forward in Kindergarten, thanks to Bright Horizons.”

“It brings so much peace of mind knowing our daughter loves going to school. Bright Horizons welcomed her into their Toddler classroom with open arms, and ever since, she has flourished mentally and physically.”

“Thank you so much for taking care of our baby girl. She always smiles when she sees you at drop off and we can tell she is happy. We appreciate that more than we can put into words. ”

“Bright Horizons has created a wonderful environment for our children to grow and thrive. I am grateful knowing that my son is developing in a safe, healthy, and happy place surrounded by an outstanding staff. Your positive attitude and ability to connect with the kids makes every day better.” 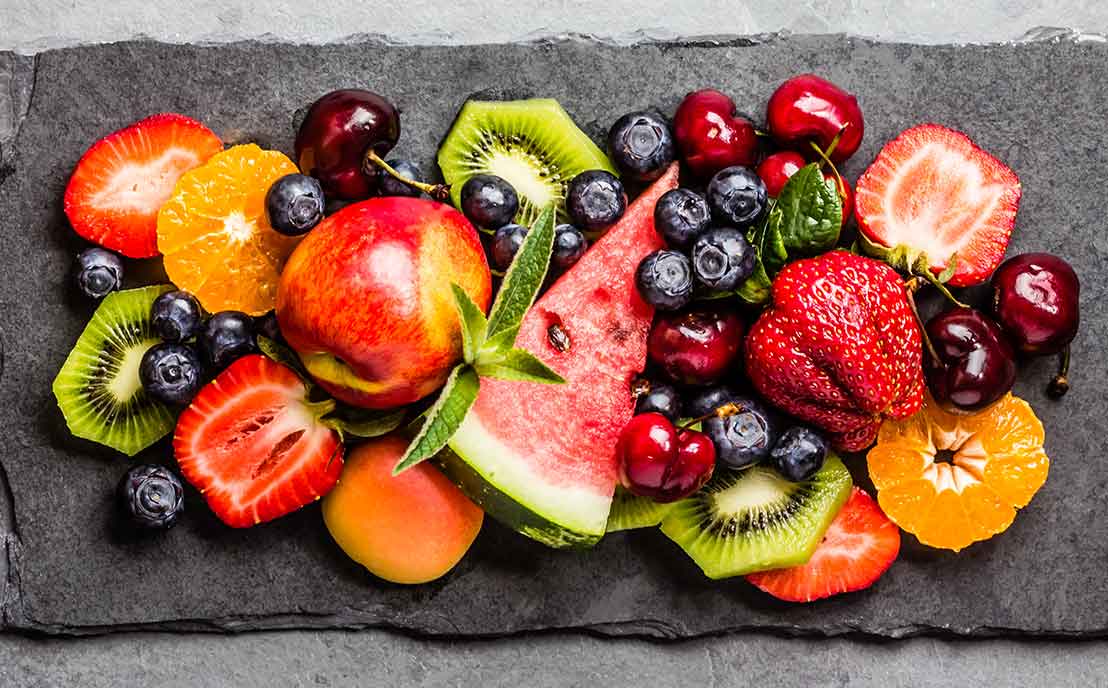 Healthy food is part of children’s development. Our menus align with our wellness commitment to Partnership for Healthier America. By eating family-style and serving themselves, children learn about making healthy choices and the connection between food and community.

My Bright Day™ for Parents

Our mobile app keeps you connected throughout your child’s day. Get photos, real-time updates on care, learning, and milestones, and stay up to date on important notifications. 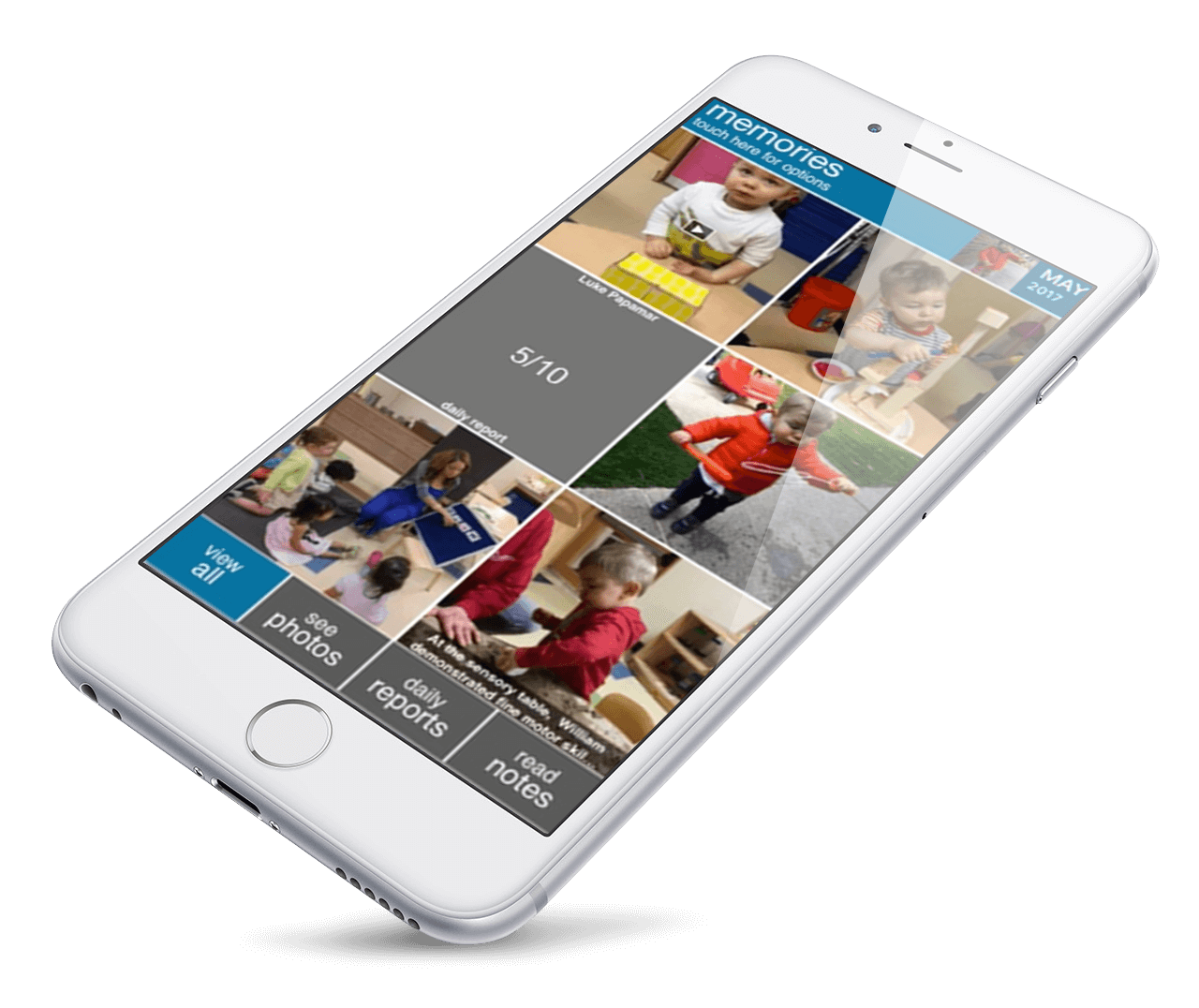 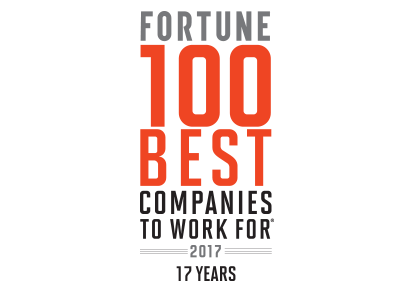 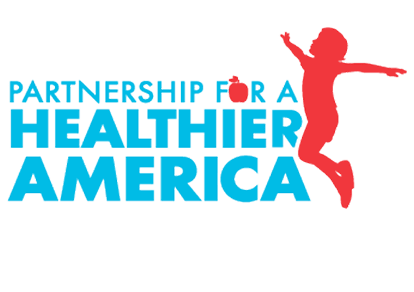 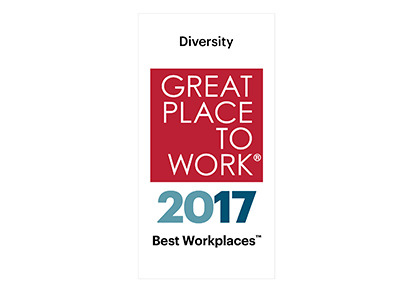 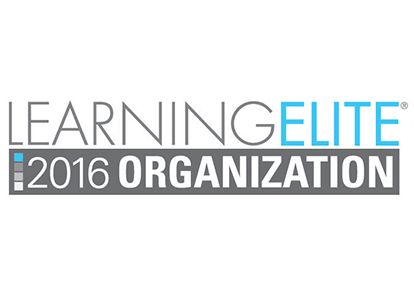 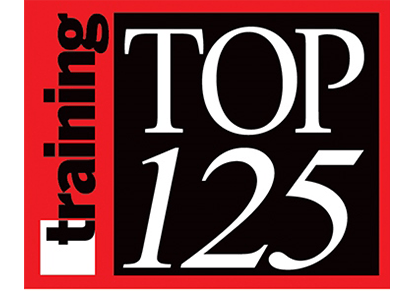 By continuing to use the site, you agree to the use of cookies. Learn more about the information we store.